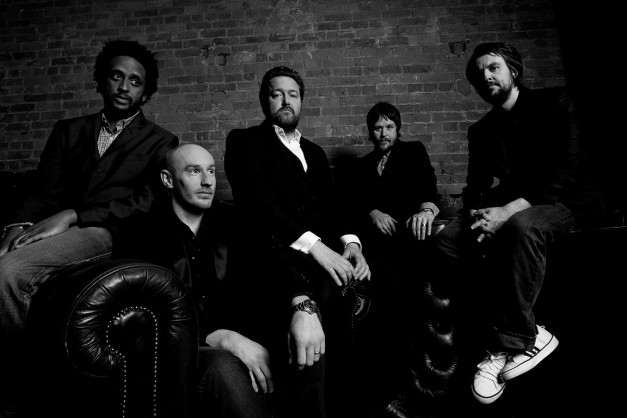 It is that time of year again, folks. Yes, the festive season means only one thing: Christmas adverts. In particular, the nation waits in anticipation for the unveiling of the new John Lewis advert each and every year, in the past helping artists to achieve number one singles and simultaneously causing the British public to cry into their cups of tea. This year the department store has chosen a Beatles cover for their latest tear-jerking instalment, with Bury boys Elbow taking on the Abbey Road track, ‘Golden Slumbers’.

In previous years, John Lewis has used a cover of the iconic band’s ‘From Me To You’, as well as John Lennon’s ‘Real Love’, recorded by Tom Odell for their 2014 ‘Monty the Penguin’ campaign. At a short but sweet minute and 32 seconds run time, ‘Golden Slumbers’ is best known by fans as part of an Abbey Road medley, sandwiched in between much more upbeat tracks ‘She Came In Through The Bathroom Window’ and ‘Carry That Weight’.

The storyline of these adverts is always fairly simple, and this year is no exception. It focuses on a young boy who struggles to sleep in the dark, with a monster under his bed. He and monster, Moz, eventually form a bond that keeps the young boy awake at night. Realising this, the monster gifts him a John Lewis nightlight under the Christmas tree, and when it is switched on, the young boy can no longer see the monster. Sad, right? However, the young boy finally gets a good night’s sleep, becoming the envy of the majority of UoB students.

For some, covering the Beatles is an outright sin. However, in my opinion, Elbow really pull this off well. The construction of the song, whilst very similar to the original, is cleverly worked out, adding smooth strings and an orchestral crescendo which really work in harmony with Guy Garvey’s husky yet controlled tones. Their version is much more emotive than the original, and whilst not a Christmas song, it brings a festive touch to what could be seen as an otherwise trivial plot, as has been the norm for the last few years now. The song is in keeping with the theme of the advert, and it is hard not to watch it without it eliciting a tear or two… or three… or four. Oh, pass me the tissues again, would you?

Image credit: The Best Music You Have Never Heard