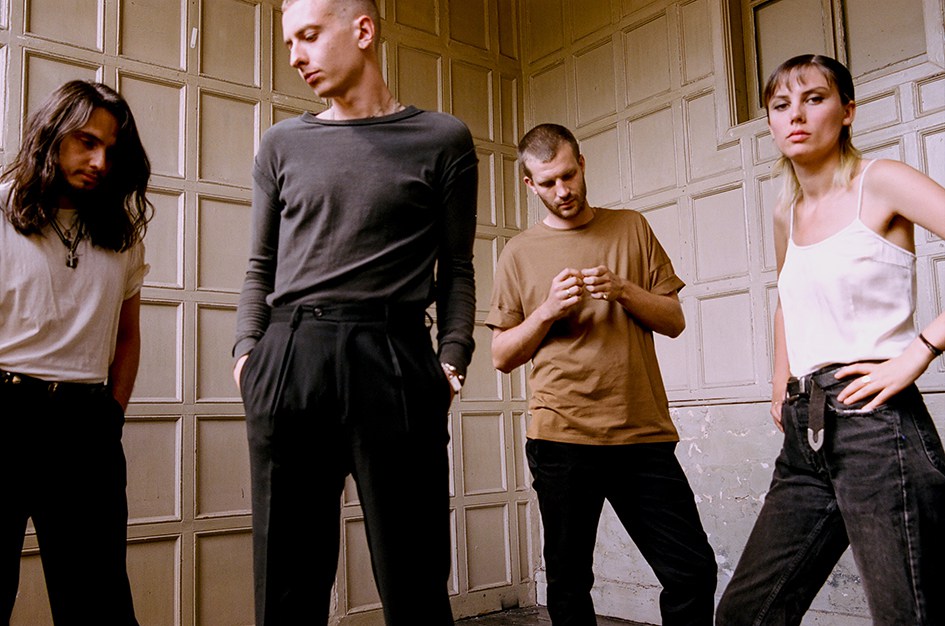 Wolf Alice are soaring at the moment, and judging by their live tour, they show no sign of slowing down.Celebrating the release of their sophomore album, Visions of a Life, Birmingham’s O2 Academy saw the enigmatic band take to the stage for an evening of chaotic fun aboard an emotional rollercoaster.

And that’s the thing with a band like Wolf Alice: each track of theirs is so varied and nuanced, it’s impossible to pigeonhole them into just one genre and makes them the perfect band to listen to in most situations. Following the release of their second album, this thought is truly cemented, featuring tracks perfect for when you’re angry and pissed off, as well as tracks to listen to when you’re feeling down: they really do cater for everyone. With this in mind, I was a tad concerned that the night would erratic and hard to follow; I was proven completely, and gratefully, wrong.

Beginning the evening with a setlist from Brummie favourites, Superfood, it seemed everyone was in good spirits. Having just released their second album, Bambino, it was clear the band had brought a lot of their dedicated fans along with them, the small yet rousing crowd were stood in rapture as the duo played some of their fabulous new tracks, ‘Need A Little Spider’, ‘Unstoppable’ and ‘Double Dutch’. Having seen the band before, the O2 Academy felt like their true home; never have they sounded better. The highlight of the set was the gorgeously reggae-tinged ‘I Can’t See’, afterwards telling the crowd to ‘have a fucking great night, have an excellent night… sorry mum’. With ‘Superfood’ ringing in our ears, and after a glam-rock infused belter of a set from New York band Sunflower Bean, it was time for the big guns.

Wolf Alice’s performance was offset by the perfect balance of their set list, playing songs from both albums in a way that was well thought out and able to keep the crowd on their toes. Beginning with the delicately emotional ‘Heavenward’, they gave their audience no time to relax before launching straight into chaotic belter ‘Yuk Foo’, frontwoman Ellie Rowsell practically screaming the lyrics ‘You bore me to death / I don’t give a shit’ at her audience. This was the theme of the evening: a constant yet seamless shift in mood and tone.Rowsell’s stage presence was the most intriguing part of the evening.

She is formidably cool, as the song goes, and at times it felt as though she was making intense eye contact with every single person in the room. Dressed in a long, white lace dress, guitar in hand, Rowsell appeared more like an ethereal prom princess than a rock goddess, and this simplicity and vulnerability in her attire made her guitar playing look like it was the easiest thing in the world. Her vocals were gorgeous, affecting and perhaps stronger than on some of the band’s studio tracks. A particular highlight: ‘Don’t Delete The Kisses’. Laying down her guitar and singing the song to a disco ball glimmering above our heads, Rowsell’s arresting chant of ‘Me and you were meant to be in love’ sent shivers down my spine, and I have no doubt everyone else’s too.

At risk of repeating myself, it has to be said that the set list was remarkable exposure of the band’s varied talents. It never once felt like they were playing too much new material, satisfying their dedicated fans with EP favourites ‘Blush’ and ‘Giant Peach’ with rapturous roars of delight from the crowd, with it being hard to hear the band itself during ‘Bros’ due to the volume of the singing-along. I’d argue that perhaps one of their best songs live was ‘St Purple and Green’, with the otherworldly ‘Planet Hunter’ sending us all on a trip. Overall, it was an effortless performance from the North London band, with a plain back drop and clear devotion to the music sweeping us all up in a cacophony of Wolf Alice magic.Never has a band put me through the ringer as much. Rowsell’s emotive balladry mixed with the ‘fuck this’ attitude of the rest of the band’s back catalogue took us all on a journey through space and time: Wolf Alice sure know how to make a 19 song-long set list fly by. Their sheer talent and ability to put on an effective and visceral live show is truly admirable.

[Originally written for The National Student]

And just like that, the Welsh chapter is over (at least for now). Diolch yn fawr 🏴󠁧󠁢󠁷󠁬󠁳󠁿✨
A bit late to the birthday party but I had the best night celebrating turning 26 with my fave last week 🏌🏻‍♀️🌸✨
Woken up with very sore feet and hardly any voice left… the sign of a good night! And completely worth it for Katie’s birthday 💖
How to get a beach body? Have a body and go to the beach! 🏖🌞✨ such a lovely weekend with @lord_read and @metcalf.jack in Costa del Swansea 🌞💕
Still pinching myself we bagged tickets for Wimbledon this year, and for Centre Court no less! Life goal = game, set and match 🎾🍓✨
Bank holiday Monday in the sun-day ☀️
Bank holidays are made for long walks to the beach and lots of iced coffee 🌞🥤
2021 has started off terribly, so I’m trying my best to find positivity in the little things. All I needed today was a stroll in the snow with a coffee in hand to put a smile on my face ☺️🌨✨
Yesterday we lost my brilliant grandma, Phyl. What a privilege to have spent the last 25 years growing up with the most wonderful, kind, generous woman as inspiration. She was always chatting away, always telling stories, always laughing. She was a force to be reckoned with. I’ll always be so grateful for everything you did for me, and you’ll always be in my heart. Make sure to give grandad a hug from me ❤️