Two months down which means the second attempt at a blog post like this. February has been busy, especially with my 5-day trip home mid-way through and sorting out timetables and classes for my second semester at Spanish university. But of course, with this being a round-up, I should probably just get on with it…

February has been a great month for music, Brit Awards aside. One of my favourite Brummie bands, Superfood, returned this month and yes, although I’m heartbroken over Emily Baker leaving the band, Dom and Ryan have come back with an absolute banger in the form of ‘Double Dutch’ now they’re signed to Dirty Hit – my friend Holly wrote a wicked review of it that you should all definitely read. I’m also pretty obsessed with new tracks from Marika Hackman (‘Boyfriend’) and The Staves (‘Tired As Fuck’), the latter of which I also recently reviewed for my beloved Redbrick.

While people may not think someone like me would listen to or even like grime, my favourite album from February is Stormzy’s Gang Signs and Prayer, hands down. It’s such an addictive listen and is more than just a grime album, so much more. I love it. My favourite tracks are probably ‘Cold’, ‘Blinded By Your Grace, Pt. 2’ (feat. MNEK) and ‘Velvet’, though quite frankly every track is a gem. And don’t get me started on how his feature on Ed Sheeran’s ‘Shape Of You’ at the Brits improves it for the better. 2017 is definitely Stormzy’s year.

On Valentine’s Day, myself and my friends here in Zaz decided to do the cliché thing and see 50 Shades Darker, opting for an English showing with Spanish subtitles. Of course, it was totally, totally awful, and being sat that close to a cinema screen when Christian and Ana are doing god knows what in the Red Room was quite an uncomfortable experience. Would not recommend unless you want to laugh at super bad acting or just to see a glimpse of Jamie Dornan working out.

While I was home for a bit, Jack and I watched Trainspotting. I’m honestly surprised I’d never seen it until now, given how much I love the soundtrack and at least half of my friends cite it as one of their favourite films. Of course, as I was told I would, I loved it. I wonder what the sequel is like in Spanish…

In terms of TV, I finally finished Suits after a month of binging six seasons and it was so worth it. It’s one of my favourite things I’ve watched in a long time. I binged Drew Barrymore’s new Netflix comedy Santa Clarita Diet (which I also reviewed for The National Student), but I’ve already quickly forgotten about it, which is a shame. I also became completely and utterly obsessed with Apple Tree Yard, a BBC1 drama, live streaming it every Sunday and texting my mother via Whatsapp like crazy at the end of each episode – it was truly gripping. However, the biggest sucker punch was definitely Jane The Virgin (spoilers ahead): Michael, I miss you so much.

I have started some new literature classes this term, and so far have read things like Daisy Miller by Henry James, Maggie: A Girl of the Streets by Stephen Crane but also a book of tales called El conde lucanor by Don Juan Manuel – two are examples of 20th century American lit and the other from 13th century Spain… I’ll let you guess which one. I read a great Buzzfeed article on mental health and what it’s like to spend a year in therapy too by Hayley Campbell, which I feel a lot of people can relate to (I certainly could) and I brought a copy of my beloved Redbrick home with me to read on the plane. You can check out the latest issue here.

I went home for a few days this month and it was so fun, especially seeing my grandparents, my family and of course, Jack and all my university friends. I actually went to my first gig for the first time in around 10 months (I know, total shock to me too). My wonderful friends at New Street Records, of which I used to be co-head of digital marketing, put on a fabulous event at Kings Heath’s Hare and Hounds in association with Counteract and it was wonderful. I had a beer in hand, Sam Jackson playing ‘Emily’ which is probably my fave ever NSR track, and all my friends around me: it’s probably the happiest I’ve been in a long time. I’ve also continued writing and staying busy to ward off homesickness, and the last few nights out here have been some of the best – even the very odd Carnival celebrations last weekend were surprisingly fun. Spain is always an experience day after day. 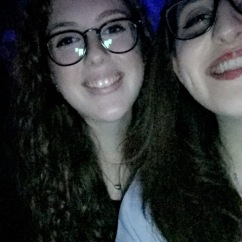 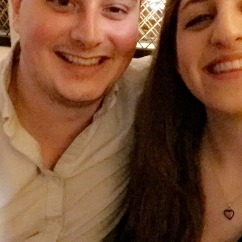 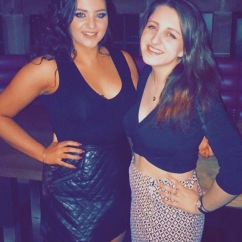 Some snaps from my time at home!

Until next time, chicos.

A super busy, super stressful, but super fun September (aka the best month of the year) ♍️🥂💃🏻🏡 #virgosgroove
Finally living together again - and permanently this time 🏠🥰✨
Better late than never, eh! Finally graduated (almost three years later) with a distinction in MA Magazine Journalism, alongside my lovely pals 👩🏻‍🎓🍾🏴󠁧󠁢󠁷󠁬󠁳󠁿✨
When you realise it’s actually hotter in the UK now than it was on your holiday two weeks ago 🥵 take me back to Croatia immediately pls 🌞🍺⛵️✨
The last few months at work have been so stressful but so worth it - we made a magazine! So bloody chuffed. Look at us go @sophcun 🥳🗞✨
Finally made it to the North East and it did not disappoint 🖤🤍 #hwtl
If you’re 21, then I’m practically ancient… love ya bro 👵🏻💙✨
The outtakes are always the best (and these gals aren’t so bad either) 💓💓💓 #girlband
What a weekend 💫🎡🍺🦁✨