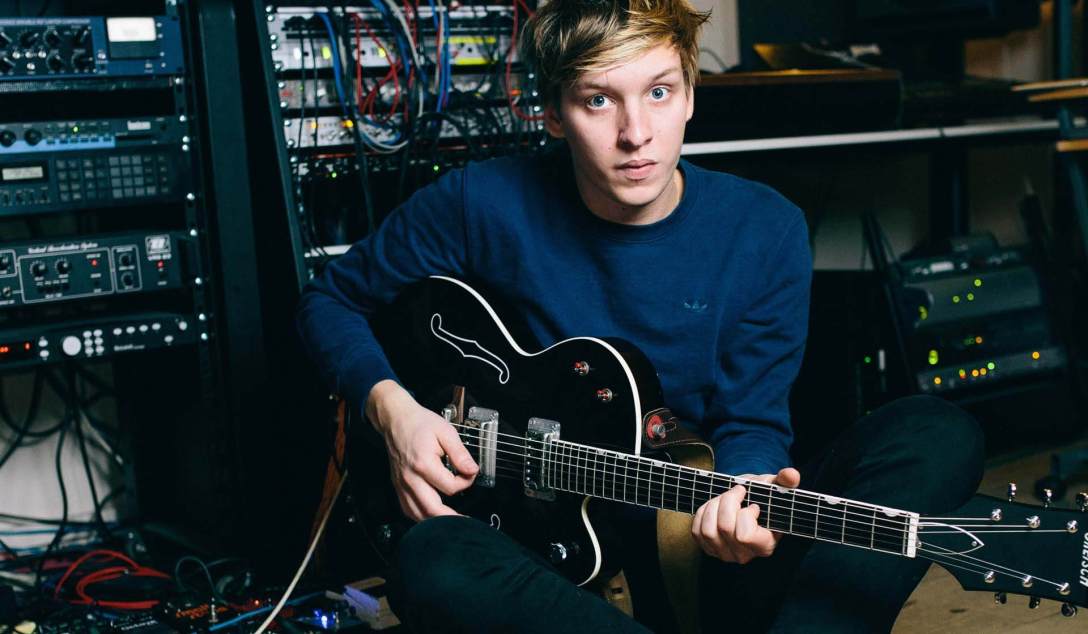 Three years ago, the warm, baritone vocals of singer-songwriter George Ezra cemented him as one of the UK’s most loved and best-selling artists. His first hit ‘Budapest’ was a sleeper, slowly but surely becoming one of the most popular songs of 2014, and with his debut album Wanted On Voyage being an unprecedented success, namely for the man himself (it rose to the number one spot after four months in the chart), Ezra is back to prove he can do it all over again. With his new single, ‘Don’t Matter Now’, it seems he could have another hit on his hands.

The majority of Ezra’s first album and EP’s remind us of good ol’ British summer time, and it seems we should be adding this track to our list. ‘Don’t Matter Now’ is typical George – happy-go-lucky, care-free and just really bloody lovely. This new chilled-out and positive “don’t give a shit” vibe in the midst of the latest pop and R&B releases makes Ezra stand out, with the track encompassing all we know and love about him, from the laid-back production, the brass band accompaniment, to the ‘do-do-do’ refrain throughout – it is a recipe for pure summer joy. Essentially, Ezra implores us to forget about all the bad stuff and just enjoy yourselves; the track is the artist personified, for sure.

Released just in time for the festival season, with Glastonbury less than a week away, it is clear that Ezra’s new track will become a favourite from the word go – you can already picture the crowd swaying and singing along, basking in the UK sunshine. Ezra’s music goes to prove that you don’t need gimmicks, several featured artists and a repetitive sample to make a summer hit; you just need to be yourself, be happy, and forget about all the bad times.

Bank holiday Monday in the sun-day ☀️
Bank holidays are made for long walks to the beach and lots of iced coffee 🌞🥤
2021 has started off terribly, so I’m trying my best to find positivity in the little things. All I needed today was a stroll in the snow with a coffee in hand to put a smile on my face ☺️🌨✨
Yesterday we lost my brilliant grandma, Phyl. What a privilege to have spent the last 25 years growing up with the most wonderful, kind, generous woman as inspiration. She was always chatting away, always telling stories, always laughing. She was a force to be reckoned with. I’ll always be so grateful for everything you did for me, and you’ll always be in my heart. Make sure to give grandad a hug from me ❤️
A whole quarter century old 🐝
No one else I’d have rather spent the last four and a half months in lockdown with 💓 miss you already 💓
If I had known this would be my last proper ‘drink’ before lockdown I would have no doubt stumbled home after a few too many passion rum punches instead 🍹🧡
🥂🥂🥂
I’ve spent the first two weeks or so of 2020 living with my grandma to avoid the dreaded flu, and tbh I wouldn’t change a thing. We’ve had lots of laughs, lots of little chats, lots of coffee and sweet treats and made up for lost time - I’m sad I’ve had to move out now! Love you lots, Phyl 🥰